Members Of the Month 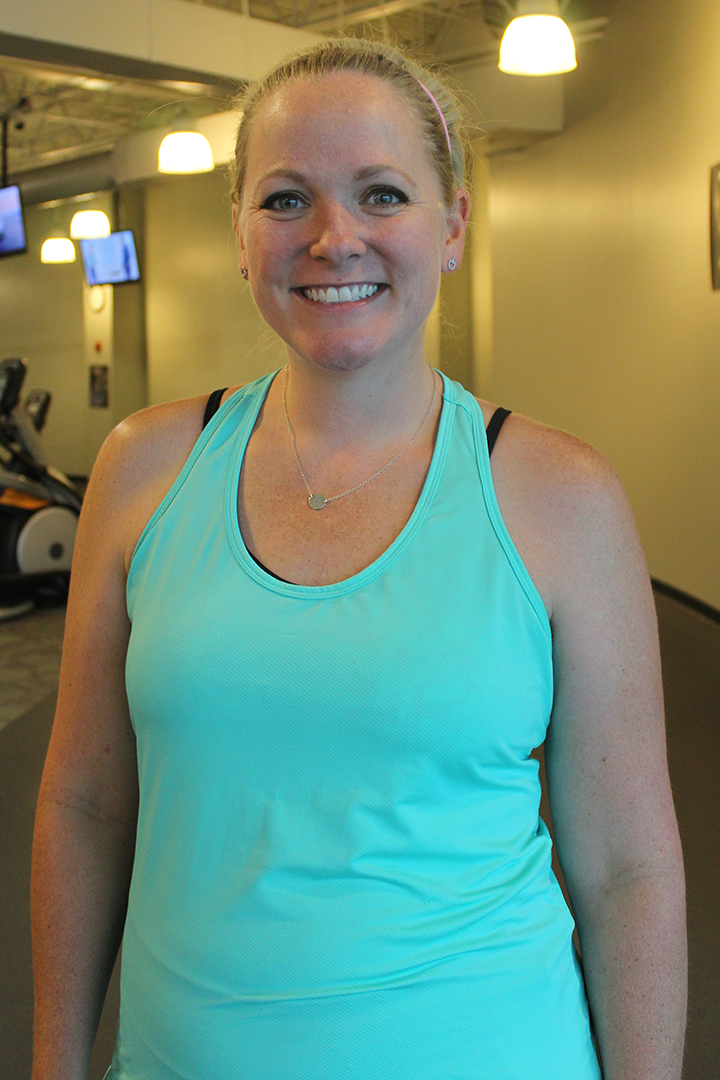 How she did it:

Two and half years ago I was in a severe car accident. I broke my leg and tailbone, bruised ribs and had many more injuries. I was told by my first orthopedic surgeon my goal should be to walk normally again. However, I would not be able to run or jump again. In addition, I was facing total knee replacement in five years as well as possible arthroscopic surgeries. As someone who has always been an avid runner and enjoys being athletic, this was a difficult prognosis. However, I was glad to have survived. After about two years, I was no longer content with this plan of care. I am 36 years old and I have two small children; I simply didn’t believe I couldn’t be a runner again or I would be this limited for the rest of my life. I had already made much more progress than expected thanks to my work with Amy at Franklin Rehabilitation. She was always in my corner and helping not just manage, but alleviate a lot of my pain by addressing the source of it and changing the mechanics of how I move.

This spring I approached Amy about running again, in addition to starting back up on my therapy, we knew the only way I could run again was if I became stronger so I could avoid injury and build cardiovascular endurance. I started working out twice a week with Josh Z. as my trainer in the Jump Start program this past May and have seen incredible results. Josh listened to my goals and hopes about running and losing weight. He has tailored plan that has made me so much stronger. In addition, he has coached me in my nutrition so I have lost 13 pounds since July. I have gained so much muscle and it has helped me to drop weight much more quickly. Even though we worked similar muscle groups week to week, the workouts had great variety. Each time he challenged me just a little more and I found that 45 minutes of working out flew by without me even noticing. I have more energy and strength; it was also nice to have to buy some new clothing for work because I no longer fit in my old clothes. After working with Josh since May and with Amy’s therapy, I ran ½ a mile this past week. Even more incredibly, I did so with NO KNEE pain and with great endurance; had I not been told to limit it to ½ a mile, I could have done more. While it is not the distance I was once able to run, it is running and I can’t wait to keep getting stronger and adding more mileage.

I am so thankful for the entire team of individuals who have worked with me and seen my journey as one of quality of life, fitness and happiness. Using therapy and personal training has allowed me to not just treat my pain and injury, but become stronger than I expected and reduce the impact that accident has on my life. They have taken my goal, which the doctors told me would not happen, and have helped me achieve it.